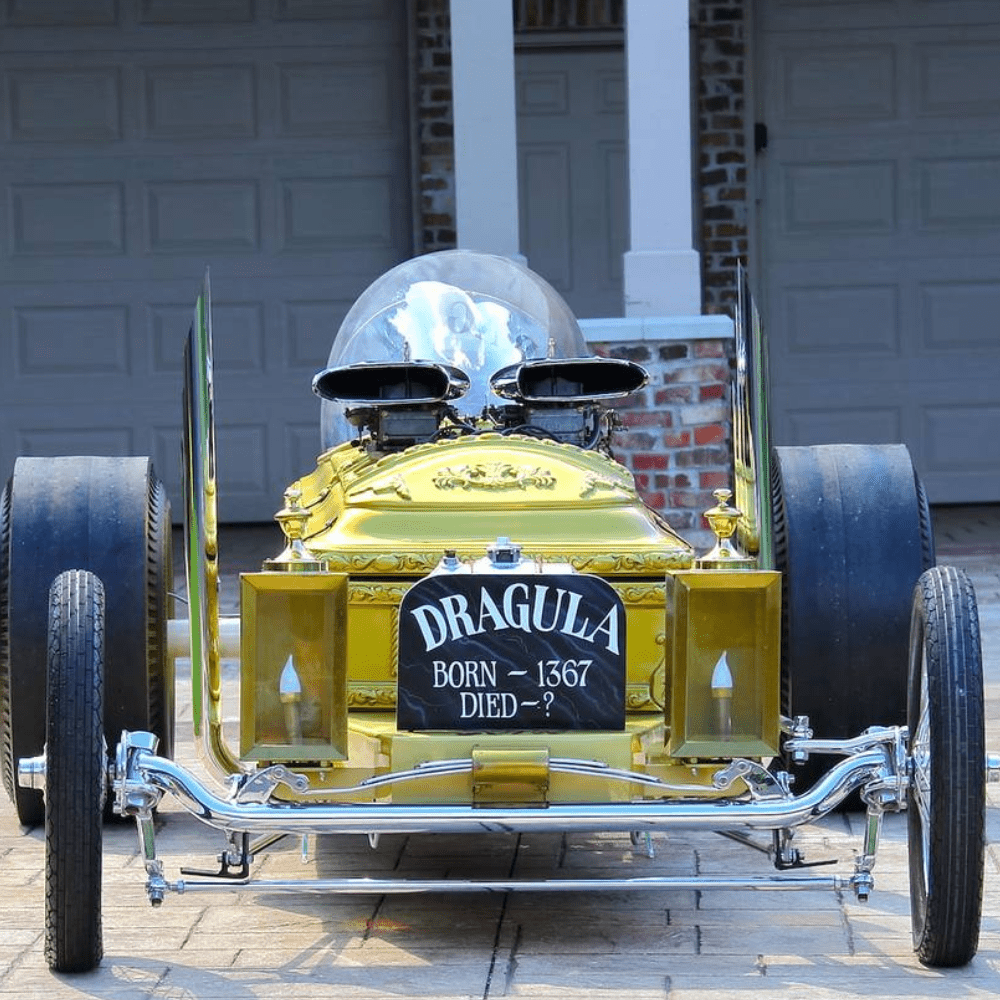 All the hot-rodder fans know what importance Dragula holds. May 27, 1965, is a day no hot-rodder fan would ever forget. An episode of The Munsters was aired, and things were never the same. The performances of Fred Gwynne, Yvonne De Carlo, and Al Lewis were amazing, but it was Dragula – the coffin-cum-rail car, that stole the limelight and made everyone’s imagination go wild.

The stunning car was built by George Barris of Barris Kustom Industries, especially for the show, but no one expected it to get so much attention. In this particular episode, number 36 of the show, the car was built by Grandpa, played by Al Lewis, after Herman (Gwyne) loses the family car in a race. The Dragula was a way for Herman to win back his family car.

The Story of Dragula 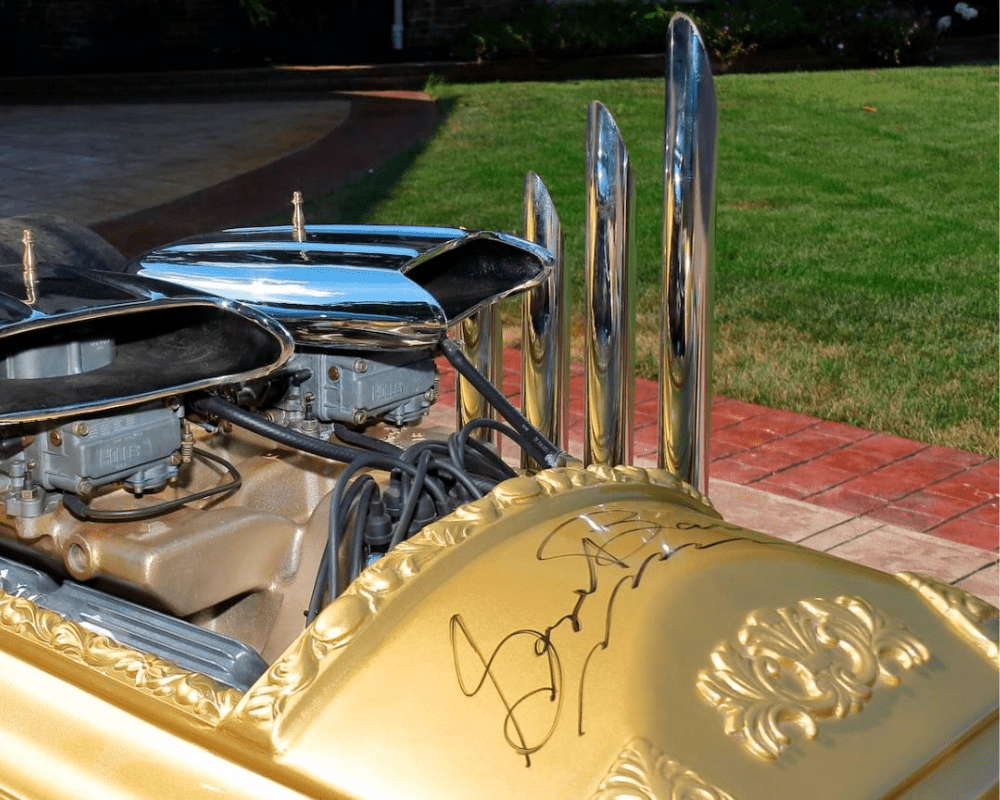 This coffin-looking car was made of actual fiberglass. The radiator of the car was designed to give it a small brass coffin look. The oldest version of this car was first kept in Planet Hollywood in Atlantic City and was later moved to Volo Auto Museum in Volo, IL. Later, many versions of the original were made and are in different cities around the country. One of the best replicas is expected to be auctioned at Mecum’s Monetary 2022. It’s believed that just like the original model, the Mecum Dragula has a 350-hp 289 Ford Windsor small-block with a vintage Edelbrock X-F8 dual-quad intake. The valve covers, rear end, and exhaust pipes are all designed the same way as the original. 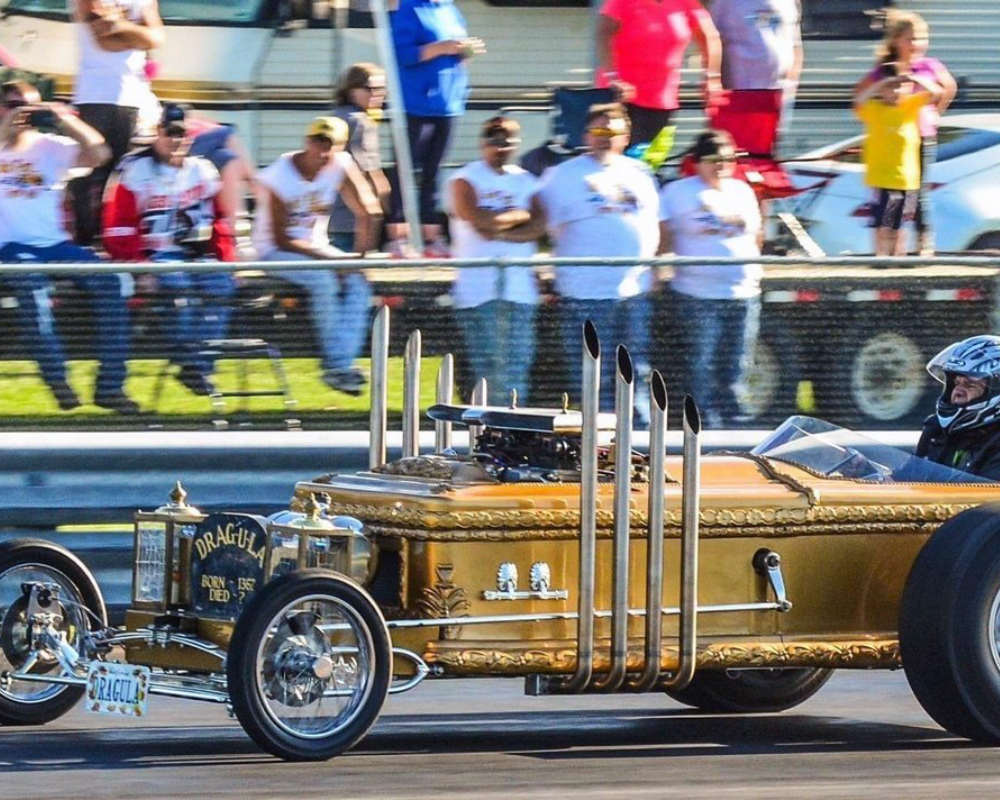 Barris Kustom Industries have been in the business for a long time and is a known name when people talk about the Dragulas. They carefully designed the replicas and maintained the beauty and the exterior of the original. Mecum is the third replica made by Barris and was given away as a reward to an old lady in Florida on Halloween. After the giveaway, it eloped and returned one fine day at Montville. There are so many details of this replica that are finely designed and worth paying attention to.

Different Versions of the Dragula

The third replica may have been the talk of the town recently, but the others are worth mentioning too. Be it the Galpin Ford Dragula Replica, Comic-Con Dragula, or Alex and Dennis Taylor’s Dragula, all the replicas are one of their kind. Every design has been delicately and precisely made and is inspired by the original in one way or another.

Aston Martin is celebrating the tenth anniversary of its bespoke Q division with a bang! The ...

Apple released the first beta of iOS 13.4, and it appears that they've implemented an unannounced ...

For the vast majority of homeowners, a garage is not high up on the list of importance when it ...