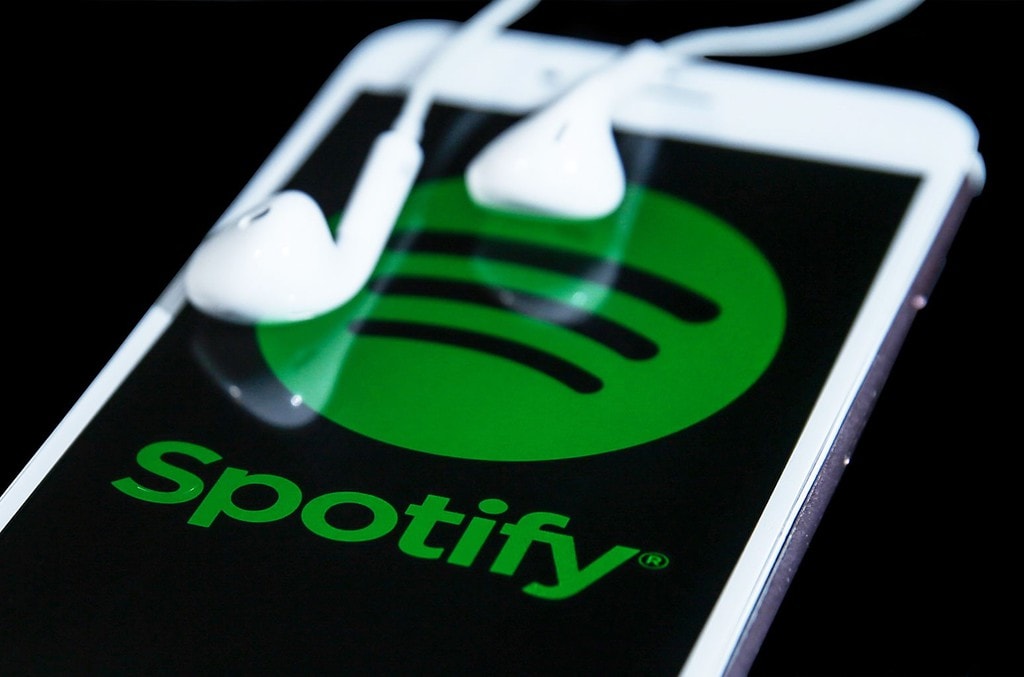 It’s official — Spotify’s first gadget is here. The so-called Car Thing is a voice-controlled, Spotify-only device for your car. The streaming service recently launched their cool new gadget in limited quantities to invited users. You no longer have to use your phone to access your favorite tunes because this Bluetooth-connected device enables you to control Spotify without having to use a phone screen. This is an especially smart solution for people whose cars don’t have phone connections and built-in infotainment systems.

The Car Thing is currently only being released as a “limited product launch,” which means you can’t buy one yet. You can, however, sign up for the waitlist and hope someone from Spotify reaches out to you with an invitation to test the device. The selected U.S. users will only have to pay for shipping, as the gadget itself is free. Spotify hasn’t shared the number of devices it will be giving out. and according to sources, the company is trying to test the waters with this type of technology, so we don’t know how serious they are about a global launch. 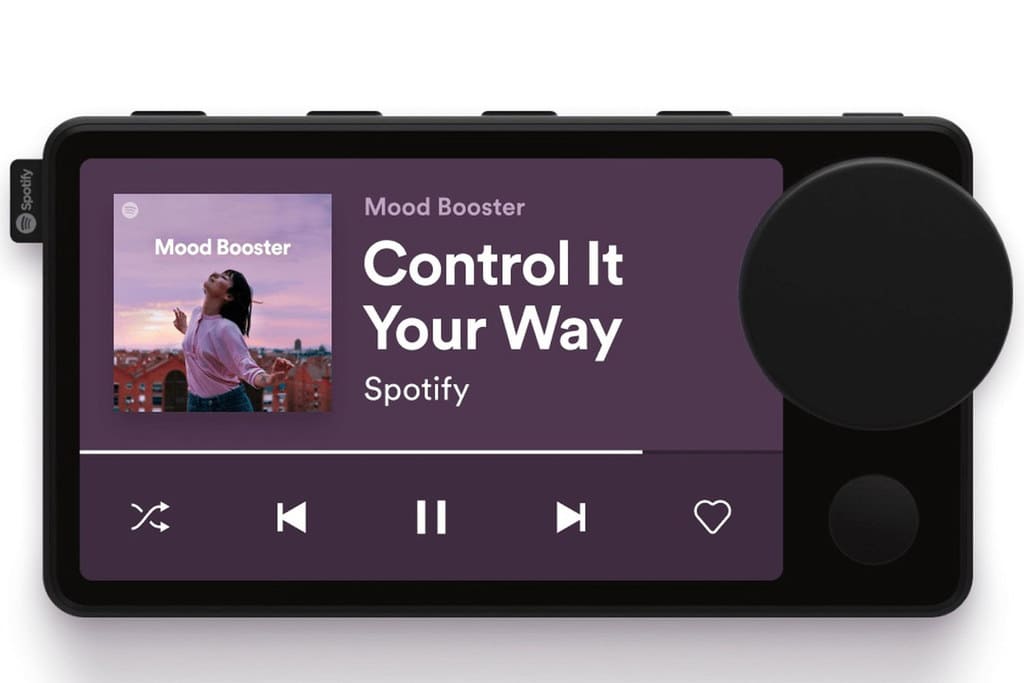 The Car Thing is surprisingly small and lightweight. It’s thin, and it has two round buttons on the right side. The big one helps you navigate the screen, while the small one serves as a back button. There’s no speaker on the device itself — it rather works as a Spotify remote. You pair it with your phone through Bluetooth, and you’re free to use your smartphone however else you like, be it for navigation or something else. 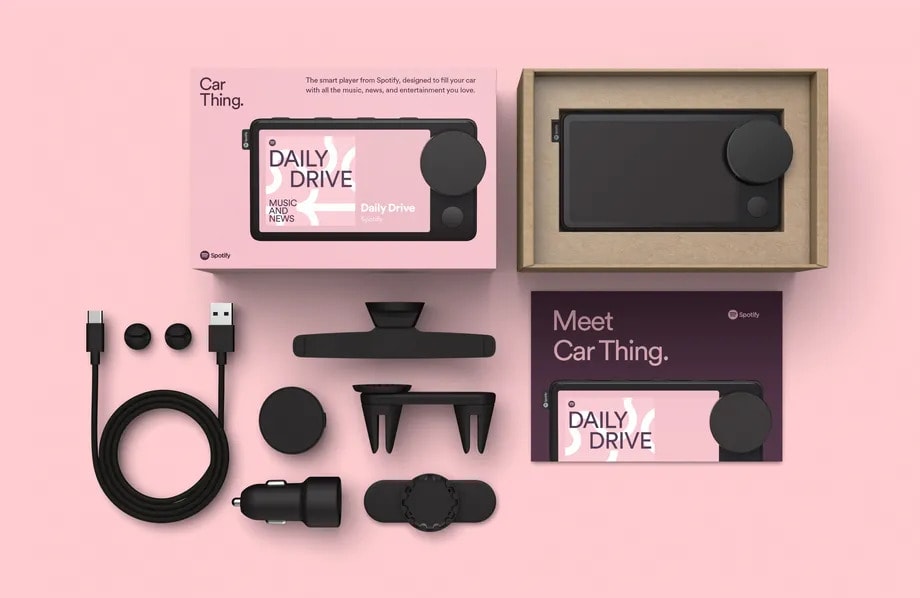 Car Thing comes with a 12V adapter where you can plug in the USB-A to USB-C cable included in the setup. The downside is that you’ll have to keep the gadget plugged in at all times because it doesn’t have a rechargeable battery. The setup includes three different mounts, so you can easily attach it based on the configuration of your car. There is a dashboard mount, a vent mount, and a CD player mount.