A group of Ferrari Dino owners brought their respective models together in Italy to celebrate the car’s 50th anniversary. All the cars drove in unison and created an incredible birdseye image. 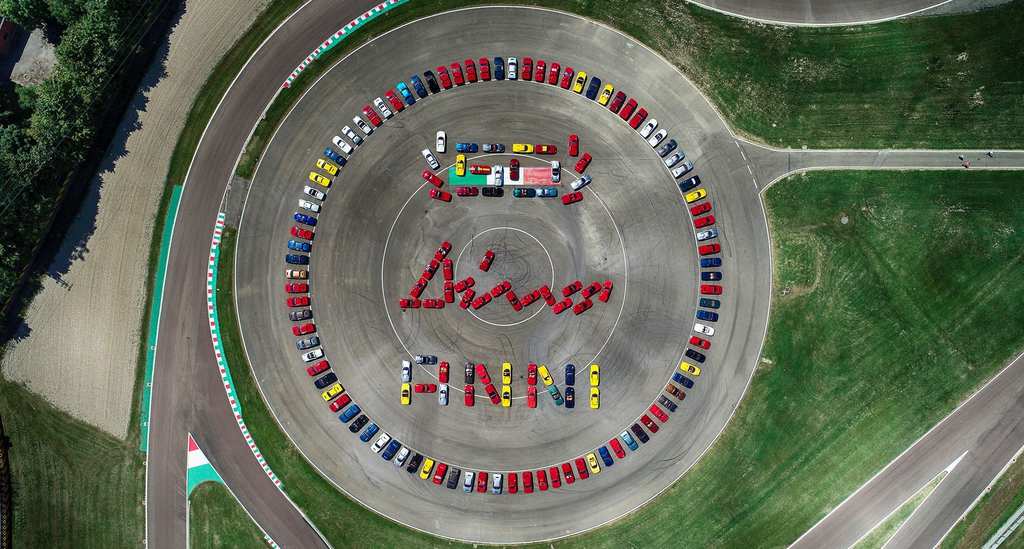 Although the Dino was technically launched 51 years ago, Ferrari can be excused. The leading car manufacturer was celebrating its own 70th birthday last year at the same time. As a result, the company decided to postpone the Dino party by one year.

Enzo Ferrari originally named the car after his own late son, Dino, who actually helped design the six-cylinder engine of the classic car. It was back in 1965 when the Dino first appeared at a Paris Motor Show.

However, the car was officially launched two years later at the 1967 Motor Show in Frankfurt, Germany. Half a century later and the Dino is as popular as ever. A variety of classic models such as 308 GT4, 206 GT, and the 246 GT all came together in Maranello, Italy. 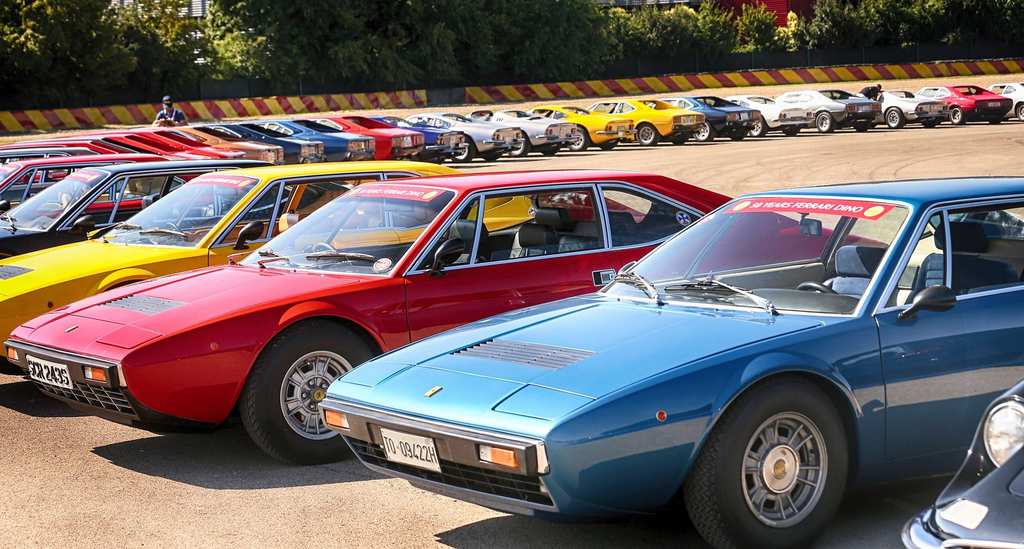 150 cars proceded to the iconic Fiorano test track where they all paraded and a countless number of photographers snapped away. There were plenty of Ferrari aficionados in attendance, who were honored to attend such a huge birthday party.

To culminate the event, each car was taken under the Ferrari entrance arch to display their individual beauty. Although the Dino has received mixed reviews over the years by those who consider themselves to be true Ferrari fans, there is no denying the car’s importance.

With time, the Dino has generated a huge fan base and its 50th birthday party in Maranello was a true testament to how far it has come in the world of cars. The Dino was actually discontinued in 1986. 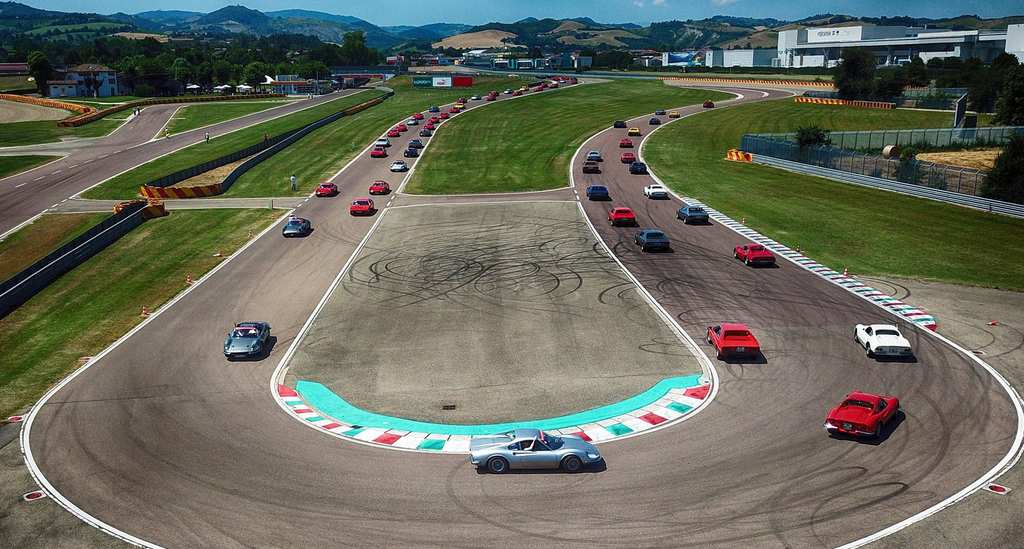 Its name will forever be connected to Enzo Ferrari’s son Dino, who experienced health problems while working for his father’s company and eventually died of Duchenne muscular dystrophy. He never got to see the engine he designed.

Within the world of luxury cars, leather upholstery still signifies the ultimate decadence. But ...

When you think of the fastest cars on the planet, one of the first that will come to mind is the ...

The Most Expensive Cars Bought So Far in 2020

There’s no doubt about the fact that the world is at a standstill, and this has caused a serious ...