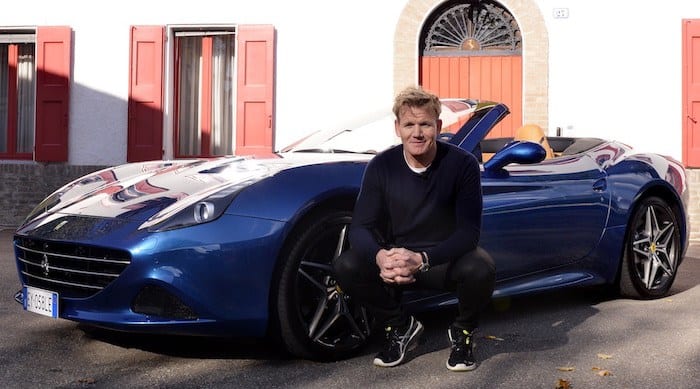 Celebrity chef Gordon Ramsay is a very controversial character known for his fiery temper, strict demeanor, and excessive use of swearing. He is also the proud owner of nine Ferraris. You can check that number again but it is correct – nine Ferraris!

His recent addition to his collection was one of only 150 total Ferrari LaFerrari Apertas made, which Ramsay showed off on TopGear last year. He has recently spent time commuting between his new restaurant in Las Vegas and his L.A. home. 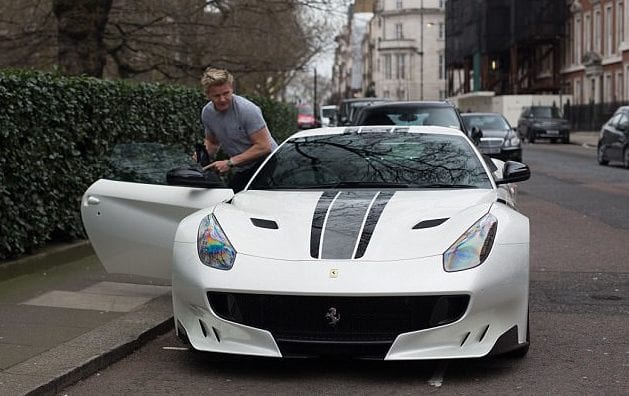 Ramsay told Mirror,  “I drive my cars at night when no one sees me.” Surprisingly, the outspoken chef who is confident in his abilities is actually quite humble about his million-dollar collection. “I’m embarrassed to go to work in a Ferrari, I’m embarrassed to drive them,” he said.

In order to avoid the gazing eyes of passers-by, he hits the freeway in the early hours of the morning. While most of the country is tucked up asleep at this time, Ramsay is ramming down the freeway in a car that can top speeds of 200mph. While the cops are usually also out on the open road at this time, Ramsay manages to avoid them and has revealed his avoidance trick for avoiding speeding tickets. 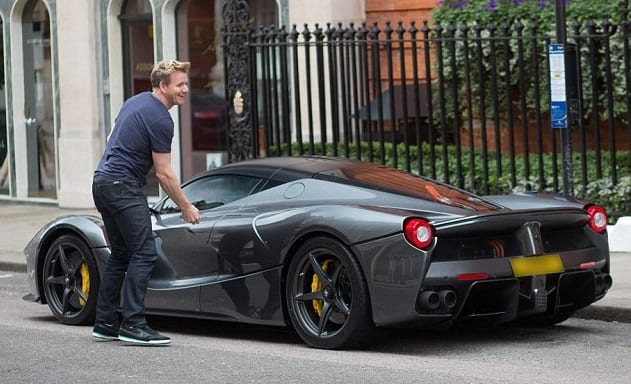 “I’ll take it out at 2:30 in the morning on the freeway, and I’ll blast on the motorway, and no police catch me and no cameras because I wrap my number plates with cling film,” he said. “It won’t photograph, it reflects. Brilliant! It’s a great tip.” 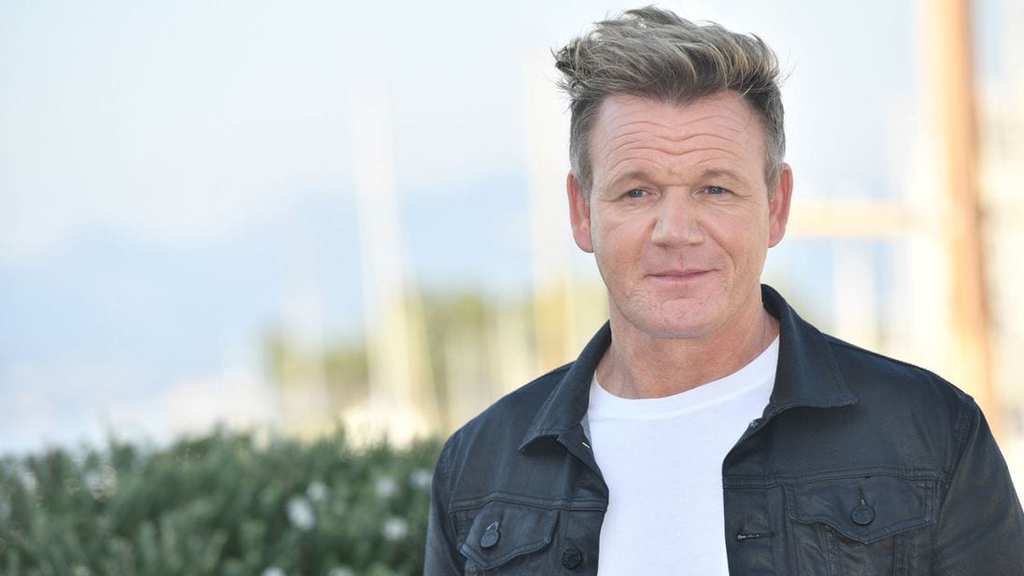 While this may seem like a brilliant plan, it is also a stupid one. In most states in the U.S., a cop can write you up for obstructing your license plate to avoid traffic cameras. The reason for this, and maybe someone should let Ramsay know, is because speeding is dangerous and irresponsible.

The traffic law exists for a reason. Ferraris are no exception, unfortunately, Ramsay. If the chef did not have enough haters already, he will now.

Warner Brothers are currently coming up with a nostalgia-churning film about Hot Wheels cars. Yes, ...

This Nissan Altima Is Fitted With All-Terrain Tracks!

For every car out there, there's probably a crazy modified version somewhere to be found. As car ...