Believe it or not, but the bullet-proof glass box that we often see Pope Francis being driven around in is not the only vehicle at his excellency’s disposal. You might be surprised to know that the Pope drives – or should we say, drove – a Lamborghini as his personal vehicle! Although it should be noted that the Huracán RWD Coupé was gifted to him by the Lamborghini company (and is not something he bought himself), seeing the Pope drive around in this must be a sight to behold! 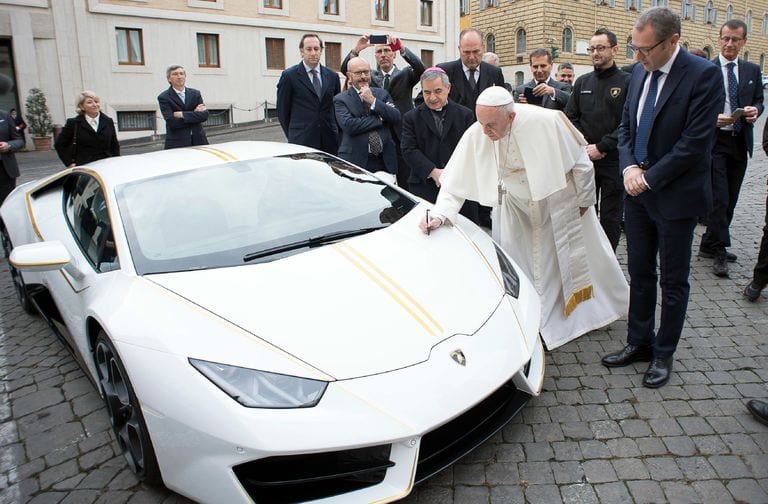 However, the Pope has stated that because of the fact that he doesn’t tend to drive the car very often, spending the majority of his time inside the walls of the Vatican, he has decided to sell the car. The idea was to raise money to help support citizens of a city known as Nineveh in Iraq, which was under siege by ISIS earlier this year.

The car, practically in brand new condition due to the fact that the pope didn’t drive it around much, has some really cool specs. It’s a V-10, 573 horsepower Italian sports car that has clocked speeds of just over 198 miles per hour. The car was customized by the Lamborghini company and has a sleek, white leather interior, a white paint job with hot, yellow racing stripes to symbolize the colors of the Vatican flag – plus the Popes own personal signature on the front of the hood. 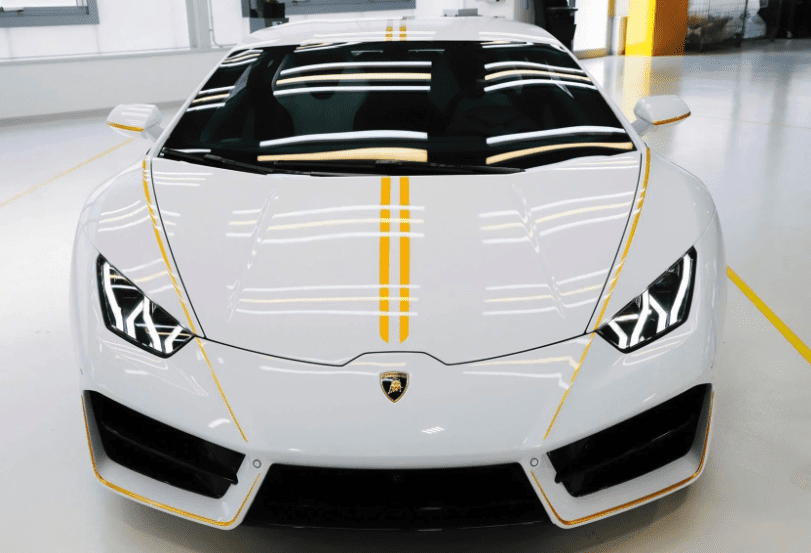 After a frantic auctioning session, the Pope’s Lamborghini fetched close to $1 million – a staggeringly high amount and a lot more than what they were originally hoping to get for the car. Considering that the money went to a good cause, I’m quite sure that the Pope has overlooked the selfish use of personal funds for buying his Lamborghini. His action stands as a tribute to the idea that sometimes material wealth just isn’t quite the same as spiritual clarity.

The Race Navigator Gadget Can Help Drivers Improve Their Skills

Automobile manufacturers have the tendency to update each new iteration of their sports cars, ...

Development mules are nothing new in the world of automotive. But, there are very few that look as ...

We recently featured a story about a HiAce that had been converted into a moving sauna on wheels. ...