In today’s social media obsessed world, every moment can be an Instagram opportunity and potentially go viral. So it’s no surprise that now, more than ever people, are trying to stand out from the crowd, be unique, and get noticed.

YouTube stars have made millions from stunts in public or having crazy personal style, so we don’t blame the owners of these cars for trying to show off a little personality. However, these car decorations fall solidly in the major fail category! Try not to cringe from second hand embarrassment as you check out the epic car decorating fails below.

Owning a Lamborghini is every car enthusiasts dream. Legendary for their sleek Italian style and super powered engines that are barely street legal, the name Lamborghini is synonymous with luxury and speed. Even the plainest Lamborghini is still a major head turner on the street.

However, the owner of this Lambo decided to try something different and paint it in the image of the Pokemon character Pikachu. What in the world motivated him to do this? We’re not sure, but we definitely consider this a major mistake. 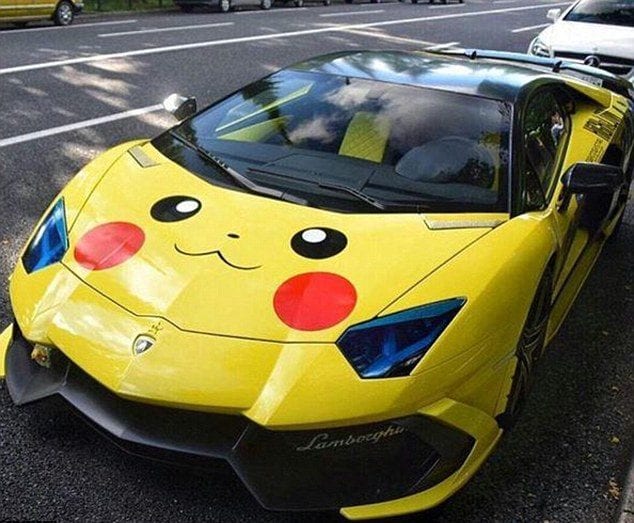 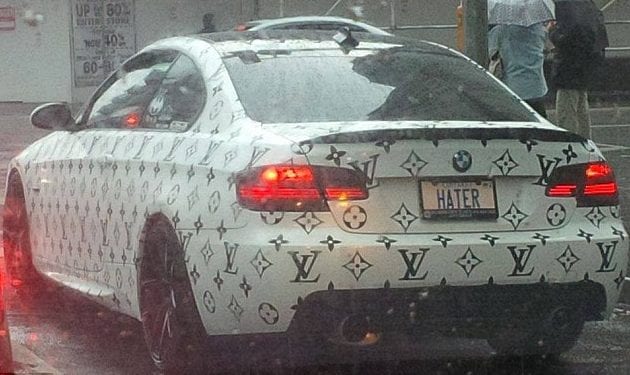 BMW is already known around the world as a luxury brand, so why exactly did the owner of this car decide to decorate it with the symbol for luxury fashion house Louis Vuitton? I mean, if you’re already cruising in a BMW, it’s clear that you’ve got money – so maybe the owner of this car is overcompensating for something?

It also seems like the owner knew in advance that people might not have a positive reaction to his unique decorating choice – he must have expected it with a license plate that simply says “Hater.”

Like the Guns N Roses song says about Los Angeles, “Welcome to the Jungle.” We’ve all heard cities being described as urban jungles where anything goes and life is a free for all. However, we have to consider this car owner’s strategy of having a neon cheetah spotted car as a bad survival technique. Rather than blending in, his Scion sticks out like a sore thumb. 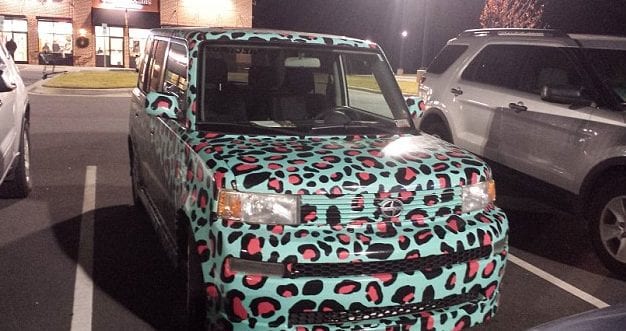 New Inexpensive Life-Saving Car Device Will Be Everywhere By 2020

When it comes to leaving children and pets in cars, there are simply too many things at risk – with ...

In just a few short weeks, the Cheffins Vintage sale in Sutton, England will be auctioning off a ...